Alaska Update - Nana of the North

.
*Note: Connie is my sister and she works on the north slope of Alaska.

Right now I am in Ted Stevens Airport drinking a Salty Dog. I just ate a delicious Buffalo chicken sandwich……one of the things I’m really hungry for when I leave the slope. Not the sandwich……..the wing sauce. I have them dip the chicken in the sauce. Ahhh. Yummy. I should probably just order the sauce. Anyway……

Since I spent six weeks in Air Force Basic Training at Lackland AFB in San Antonio in 1968, no one could make me believe there would be a place with more spectacular sunrises than the ones I saw there every morning.
But, I hadn’t seen the ones in the dying days of daylight in the Arctic Circle before the sun goes down for the last time each year.

This morning when I stepped outside to drive to the airport at 10:00 AM, the sun was still below the horizon, but had already made its presence known. I looked around and as usual was amazed by what I saw. The sky was mostly clear, and everything was some shade of blue, lavender or pink. It’s been snowing almost non-stop for three days and nights and it’s glorious. Even the light coming off of the street lamps glows pink. This place has a magical effect on light.

I just stood there, oblivious to the 8 below zero temperatures, mesmerized. Off to the east the sky was brilliant shades and bands of pink and the north had low-lying ice fog that was deep blue – all fading into the soft blues of the sky above and a snow-covered world below. Even the few fluffy clouds were blue on a deeper blue sky streaked with pink and lavender ribbons.

I was already running late, but I stood there for several minutes, as long as I could, and just breathed in that cold, clean air and felt so alive and blessed just to be. Just to be.
I wish so much that all of you were there with me in that moment. Wow. I say that a lot in Alaska.

Baytown Remembers our Texas Fallen because of Ken "the Dauber" Pridgeon's Portrait of a Warrior. My bride and I visited the other day and Ken showed us his portrait of our son, Sgt. Nick Marshall. The gallery is free and is at 308 Texas Avenue. 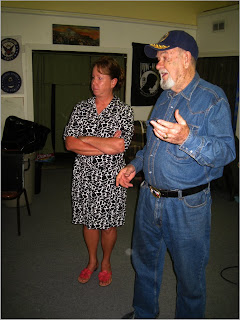 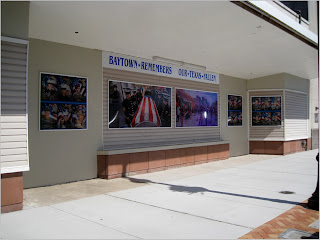 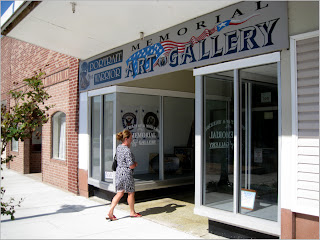 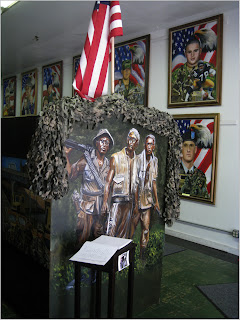 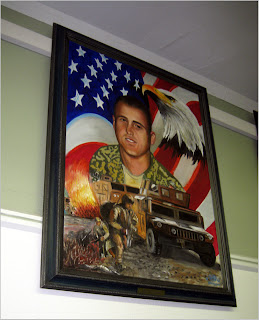 Ken is a Baytown treasure and works off of donations. He told me one canvas cost $50+ and he lives on social Security.
at October 26, 2011 No comments: