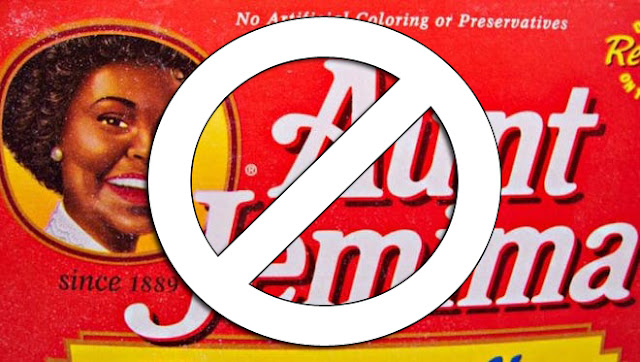 BB's take: There's only one thing worse, in the universe and that's no Aunt Jemima at all! Yup, they finally pulled the old gal down to the ground and beat her senseless. Danged white people! Oh wait! What? It wasn't white people? Then why? Everyone loves Aunt Jemima. She has fed us and our kids all our lives.
Oh well, she needed to go. I get it. We need to totally erase history so we can relive it! Genius!
.
at June 18, 2020 No comments:

BB's take: Remember the old saying, "A skunk always smells its own hole first"? Without stressing the obvious meaning, if a person is always seeing bad in everything around them, there is a good chance most of it is emanating from inside their own head. Take the race-baiters as an example. They see racism all around them because they are basically guilty of racism.

The rest of us see 'people', some of whom have different cultures or social differences. Some we associate with because they emulate our own culture. Some we don't for the opposite reason. it is as simple as that unless you add the criminal element on any level; then all rules are different.

Is it time to overturn the wagon?

I love to geocache. I fell in love with the idea of “treasure hunting” from my dad who loved to read Argosy Magazines in the 1960’s. They were full of adventure and pirate loot stories. He regularly had the Herter’s catalog delivered and I studied the hand-made fishing lures and the possibility of going into the wild just made the pictures that much more exciting.

In November of 2003 I was introduced to the “new” game of Geocaching by Sam Morrow (USMorrows). Sam was the superintendent of the Lab at the Chemical Plant we both worked for and we both recognized each other as computer nerds, something that was fairly odd at the time. In a Plant with 225 people, there were only a few of us that fit this distinction and Sam introduced me to the game. Sam was also one of the 5 original authors of the Texas Geocaching Association that is still active 18 years later. I served on the board for 2.5 years as the SETX Rep. HKK8W1


I want to build a little history here so folks who read my proposal won’t think I’m nuts or are attempting to pervert the game somehow. I will propose some changes Groundspeak could implement and another idea for those of us that actually hide and maintain our caches and I say this with kindness and much deliberation. I’m not particularly happy about the evolution of the game and feel some changes and restrictions would benefit those who play and improve the quality of the game.

Over the last 10 years I’ve either hosted an event, workshop, geocaching 101 class, or hid geocaches to the tune of over 650 caches/events. I’ve released possibly a hundred trackables also. A few months ago I archived the bulk of my caches, leaving only 42 active caches. I went from over 300 active to less than 50 - and NO one noticed. The reason is the huge majority of cachers had already found them. The second reason I believe is few were under a light pole skirt or easy to grab by newbies.

The advent of the Smartphone has caused this directly. Am I bashing technology? Nope, but it is what it is. Little invested, little returned and with a rash of newbies hiding low quality caches and then abandoning them has become almost a geocaching contagion. I cheered our reviewer (Vertighost) when I read a note on a cache they archived and it sated that because of abandonment and no maintenance, the ache was ineligible to be unarchived. Hoorah! Finally some sense.

Back in the day, it was the same message as the Bible in that we needed to populate the earth (with geocaches this time) and anyone could and still can publish a cache without finding one or becoming a premium member. What I am proposing is Groundspeak create a rule that only premium members can hide caches. We no longer need to seed the earth with caches. For the longest time I have advocated hiding a cache only after finding their first 50. I have suggested this many times in geocaching 101 classes and at events. Although most will deny it, but we as a whole have become number greedy to the point that if we don’t find about 30 in a few hours, we feel like we didn’t do so well. This is why many of us do not cache alone. I well remember the excitement of the old days when finding ONE was exciting and yes, being an alpha and not really too concerned, I cached alone. Trust me when I say this cuts way down on your finds and the amount of time at each cache.

I still cache alone for the most part and the old magic is still active.

Proof of number-running is in the multi’s and actual difficult T/D logs. They are dismal when these should be awesome challenges to cachers. Cachers for the most part pass them by (in my own cache experience) in favor of gaining more numbers. Geocaching has either become a social event or a power trail run and this is due to the mass spreading of weak low T/D rated caches.

As I’ve stated in the past, I think the geotours and the Adventure Labs have been ruinous to local geocachers who have many hides. Local cachers have found all my caches and new cachers walk past my caches to go directly to a GT or AL cache, log it, and then walk right past my cache and leave. This is why I archived so many of my caches (I actually check on them and maintain). I also shut down my Adventure Lab series. I am putting my money where my mouth is.

I wanted to see the impact archiving would have and it had - none. The good thing was I began hiding some new ones and sure enough, the veteran cachers responded.
So, my proposal is those of us that see the need to add new life into the game, archive many of our caches. It used to be a big deal to find a cache that was 10 years old. Now? Not so much, so archive them and open the area for new caches/cachers. Wait a few months and if no one takes up the calling, begin adding new improved and better caches. You will be rewarded. http://ourbaytown.com/baytownbert/geocache.htm 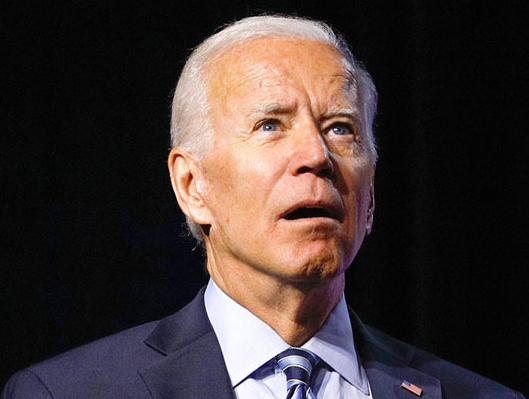 BB's take: I would be embarrassed to tell anyone I voted for Joe Biden. I'm embarrassed he is an American politician. I'm embarrassed to think any logically-minded voter would embrace the failing Democratic platform. I haven't seen evidence of reasoning or logic by anyone trying to defend the Democratic vision. Their whole plan is one of tearing down the Republican party and the Trump administration in particular while ignoring the needs of the American people. They have to tear down everything Trump has accomplished in order to regain their grip on the necks of their voters. The truth is the Democratic Party is finished. Pelosi is desperate and has lost control of her party. Its obvious to all who have open eyes, not clouded by socialist propaganda.
.
at April 02, 2020 No comments:

Not all businesses are welcome here