Super Stop in Baytown May Be Over-Charging! 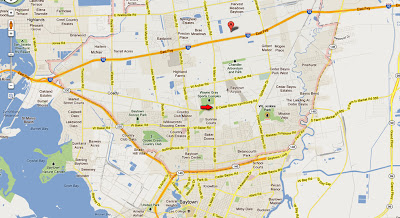 Has anyone else suspected or noticed the older Middle Eastern fellow who man's the counter at the Super Stop SHELL gas station at N. Main & E. Cedar Bayou Lynchburg Road punches the keyboard on the register instead of scanning the item and will "accidentally" over-charge?

I've called the guy out on it twice and I won't go in the store now. Try it yourself. Know the cost of an item or two or three, figure the taxes and watch to see if you are being scalped.

Do it routinely at any convenience store by the way. If they do not scan your items, it is a sign they might be doing fancy math in their favor. 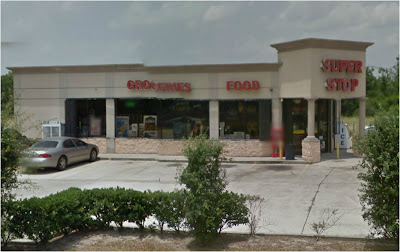 It's not just me.  Here is what other people are saying about the place:

- Yes, price diff everyday..I quit going too.. sad part is how many people go there and totally unaware.... makes u want to put up signs... wonder if BBB would work? Nah:.. he's making too much to care.

-This guy also been know to run "8 liners" in the back of the store also.

-Most do this that I have come across. I've tried to stick to Exxon stations for this reason. They have consistently been stable on prices and they scan everything plus there prices are usually cheaper especially on tobacco products.

-Call the comptrollers office. Sounds like a case of tax fraud. They WILL investigate. They probably have a way you can report anonymously. They will go in, hang out and watch them to catch them not ringing the products properly.

-Especially the ones that have separate registers for cash and credit

-I have noticed it going on there for several years now. You definitely have to watch him IF you go in that station. I usually try not to go there because of this reason.

-I called the guy on it one night and the next time I came in he did it again. I walked out without paying the second time. I don't go back.

-Hate that store !! Prices are never consistent and they always overcharge on everything !

-Hillboys Chevron on 146 does the same thing as well as steal from the cars stopping through.

Has anyone else noticed how short many people's attention span is due to them pulling out an electronic "communication device" and staring at the screen.They're becoming brain dead. 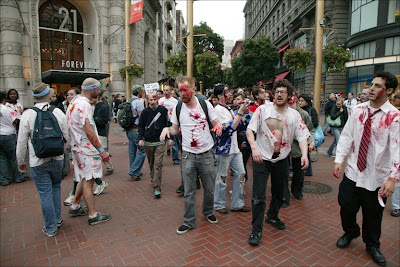 It doesn't matter if you are trying to explain or “conversating” that flesh-eating organisms are imminent and in fact on their very leg . They will never hear you, or return to the conversation when they finally look up... If they look up. I think this is dependent on battery life of said electronic communicator, all of which have catchy Brand names people can’t resist bragging about.

If they email you from their “smart” phone, you even get an advertisement letting you, the email user, know what kind of device the brilliant sender is using. For example”

“Sent by the incredible 4-G Android 4G Smiffle by Verizon are always available for shoes. in brilliant 4G!!!” 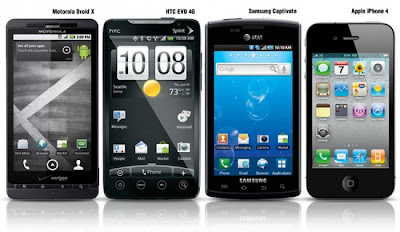 As long as that 3-D Liquid Crystal Diode 2.5 inch screen is anywhere within reach, a normal conversation is all but impossible - well, it is impossible, unless that is, you can text this person. Then you will have instant access to them, as this is a social devise, designed to help everyone communicate.

Get four of these folks in a room and it is totally silent as they connect with each other on a "social network."

“Ha ha haaaar! That stupid idiot only has 3G!” My fellow co-worker said to anyone listening (I was the only one in the room who didn’t have my attention on a device, but before I could reply, he was gone again. “I pity the fool!” I thought I would exclaim and I did, but it fell on deaf ears, as I didn’t text it.

A Mountain Lion in Baytown, Texas?

Rumors of a large mountain lion-like cat in Harris or Chambers County, Texas surface every so often with many credible eyewitnesses, including my wife and one of her best friends.  Two friends of mine swear to the fact that they are here.  Some call them panthers, others know them as pumas, or long-tailed cats.
Behind my house are over 70 acres of woods and yesterday, my wife and her long time friend were sitting on the patio when they spied a large, tawny colored animal "walking like a cat" on the pipeline behind the house.  "It was as big as a dog and had a tail."  My wife told me and her friend concurred.

"The dogs were on the far side of the yard and didn't sense or see it and we jumped up and ran for the back fence.  It disappeared into the woods without a sound."  My wife explained.

My longtime friend Barbara Pugh has seen them many times, as she grew up around Baytown and Beach City and swears locals there know they are here.  It was not all that long ago that reports of big cats were again sighted out by the dump.  I saw a bobcat there a few years ago and my brother saw a bobcat run across Barkuloo Road in between Chaparral Village and Crockett Elementary.
This is the same stretch of woods where the pipeline is that may or may not harbor a "long-tailed cat."  We often hear a large pack of coyotes yipping and howling when a train blows it's horn, but they are elusive and I've never actually saw one behind the house.  It just goes to show that large animals can coexist with us and we don't know they are around.  Coyotes also can and will kill a pet, as will feral hogs.
I know one fact that no one can dispute and is possibly connected with the big cat sighting.  Not a week goes by without someone placing signs to report a missing dog in Chaparral Village.  Occasionally one is found, but most often, the pet is never seen again.  We lost one like this here about 15 years ago.  It ran into the woods and vanished without a sign.
We have seen and heard feral hogs on the pipeline and I once saw a great horned owl perched on the wire behind my house.  My dogs will stand by my back fence at night and bark and bark, facing the woods and I often take a powerful flashlight and scan about, but never see anything except rabbits.

I have not seen a rabbit in two months.  Do we have a long-tailed cat out there?  I have not seen one, but others have.  I plan to place a game camera out very soon and see if I can't get a photo or two of what our intrepid visitor looks like.  In the meantime, we watch.
at March 04, 2012 11 comments:

Airplanes/Gone With The Wind - Levi McAllister