Most people envision Texas looking like Monument Valley, Utah – that is unless they watch the news.  They think all Texans pull on a pair of gaudy cowboy boots and great big cactus plants stretched out as far as the eye can see.  The truth is many of us have never seen the high desert or own a pair of cowboy boots.  The closest most Baytownians have come to a rattlesnake has been to a visit at the Eddie V. Gray Wetlands Center.

Most non-Texans are almost arrogantly ignorant about us and wish to blissfully remain so.  Some see the whole state as an aberration which produced two Bush presidents and a whole State full of obnoxious residents who brag on how big everything is in Texas.

Recently they’ve watched the weather reports and believe all of us are drowning in our homes and to those who have suffered this fate; I don’t mean to sound flippant.  The truth is hardly any of us are at risk here in Baytown anyway if we simply stay inside.  It’s those folks who simply must get to work that are at highest risk of a water or traffic related accident.

If they knew they were heading out the door to sink their new car in 6 feet of water and nearly drown in the process, they would stay home.  Ah, but those of us who are committed to our jobs go anyway.  People in Dayton make that hazardous drive down SH-146 all the way to Texas City and on the way pass hometown folks heading north to the Chevron Plant in Mont Belvieu.

And to those poor souls who have to head west on I-10 into the Houston metropolis, all I can say is “May God be with you.”  It is bad enough when the sky is clear, but if we are having a deluge, it is ten times more hazardous.

Driving is the most dangerous thing most of us do every day.  Add in the pouring rain, standing water, and distracted drivers and our soldiers in the military are safer than we are.  Bump it up with a boiling cup of coffee,  kolaches, and the Smartphone making its peculiar identification ring (should I answer this one or wait?) and you have just blasted this commute up into an all out attack on our senses.

Many Texans don’t realize that here on the Gulf Coast we have a micro-environment different than the rest of the state and our weather can be one of severe extremes.  When we get a Harris County weather report, it most likely covers Conroe to Victoria and over to Katy and back to Baytown making it wrong the majority of the time for all of us.

For some time, my bride and I have planned to zipline west of Austin and it just so happened that this past Wednesday was the day.  We kicked it back and forth and talked to those folks out there and decided to reschedule.  A no-brainer you offer?  Yup.  I didn’t think putting entertainment ahead of the very real possibility that we could suffer something negative was a particularly good notion.

But let’s say for the sake of argument that we would have gone and something tragic would have happened.  It would be the same outcome as going to work in a deluge.  It has been an observation of mine for many years that the main reason people have accidents in the rain is they are going too fast.  Remember when cars used to wreck on our side of the Fred Hartman Bridge due to hydroplaning?  It would be easy to blame the standing water, but the reality is cars would not slow down in the rain.

I drove that stretch of road every day and knew I needed to take that section at about 50 mph when it rained, yet people would fly past me at 70.  On two occasions I witnessed cars lose control.  One went sideways down the freeway and came to a stop.  The other clipped the barrels and went down the exit.  They eventually fixed this low spot so now people can play with their life again.

Slow down in the rain folks, or if it is bad, think twice about getting out in it.  No one wants to die to get to work now do they?

Virgin ears and a sinner’s retention


Why is it that you can hear a foreign phrase of some curse word or forbidden something and it sticks with you for life?  All you have to do is hear it one time.  One time and you never forget it.  It’s what one of my old buddies would call a tapestry of justice.  Knowing to do good doesn’t negate this and I’ll be danged if I still absorb this stuff like grape bubble gum on the sole of my shoe. 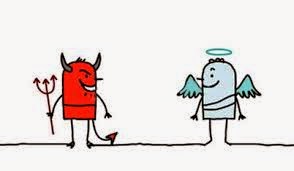 I wish it worked the other way; like hearing an admonishment and BLAM – you got it!  Unfortunately we have to be bombarded with the good stuff or study to remember or memorize it to keep it and then we have to use it or lose it.

I think I was about 10 years old when my Uncle Virgil taught my brothers and I a couple of “dirty” jingles involving body odors of sorts and I can still remember it verbatim.  Truth be told, they were fairly harmless, but to my 3 brothers and I, they were flat decadent.

I was a couple of years older when a Sioux buddy of mine who was very worldly, taught me how to say a multi-syllable Spanish phrase that is still very offensive to most church people.  I guess my point here is I have a lot of words in my vocabulary that I do not use.  I won’t; not even in anger.  Nope, never.  What comes out of my mouth is what I decide and frankly I never think these bad words are perfect to express myself.
I knew a process operator who spewed what I like to call “septic mouth” to the point that if you bleeped out the cuss word, he wouldn’t make a sentence most 2 year olds couldn’t beat.  I asked him why he talked like he did and he didn’t back down one step.  “That’s the &^%$*(& way I %^&*(% I talk” is all he said.

Another man, who I respected for being very fair and intelligent also cussed a lot and when I asked him why (at one time he had been a preacher) he looked me in the eye and without defiance exclaimed that he did indeed know what was coming from his mouth.  He went on to say he had slipped away from God and needed to do better.

God or not, some words are for particular company and not for general audiences.  If you want to lace your conversation with vulgarisms, make sure you know your audience.  I was out at the Mall taking my Bride’s stuff in for alteration (she is shrinking in size due to working out at the gym) and there were a couple of people outside on the benches talking.  They obviously were not together, as they were sitting about 20 feet apart.

As I walked by I heard the older man say the forbidden word twice and the woman replied as if she didn’t notice the vulgarity and she was wearing the garb of a medical worker.  On my way out, he used it again and then she did.  Both of these people were in their 50’s.  Under no circumstances would I consider this kind of speech at this volume, acceptable to friends, let alone strangers.

I won’t watch the Daily Show because Jon Stewart still thinks saying curse words is funny.  It isn’t and he’s a very bright guy, so I do not understand why he thinks it is.  The talentless idiot Kanye “Yeezus” West got censured most all of his act on Billboard magazine’s award show because they couldn’t take the chance he would violate FCC rules.

Call me a fuddy duddy, but I like my virgin ears.  I like the concept that I control what comes out of my mouth. I don’t want to hear crude language in public and for the most part, in private.  I like words like scuppers, abrogate, gerrymander, polymer, churlish, and mitosis and the ability to articulate my thoughts when I speak.  I like to learn new words so I can expound on the world I live in.

8 years ago I wrote on this subject and you can find it here:  http://baytownbert.blogspot.com/2007/06/cursing-vulgarity-swearing-and.html  My opinion hasn’t changed one bit.  Dandy Don Cunningham is my daily read to get a dose of Godly logic.  Don doesn’t use profanity or curse and he gets his point across quite well.  Each day he posts a parable and each day he feeds a whole lot of people with good socially acceptable speech.