The man is a lesson is extremism. The more he had, the more he wanted. The world's most beautiful women were not enough for him. He wanted taboo and his money would buy that in the uttermost. Be careful what you wish for folks. If you were to get whatever it was that lures you, it might also ruin your life. I don't ever want to get to the place that a nice walk or bike ride satisfies my inner man. I do not need extreme in my life. I need moderation. Isn't that taught in the Bible somewhere?

I have unsubstantiated belief that 95% of the women and girls who came in contact with this man, had full knowledge they were playing with fire. Now what that fire means is another story. However, in the circles this man traveled, women coming to him most likely knew what was in store. As far as the minor girls go, this important point has to considered on a global scale. In New Hampshire, if the parents give consent, a daughter can marry at 13. In Massachusetts, a girl can marry at 12 if her parents sign off!|

I have no information on how many underage "girls" were in his company during all the years he was active, but again I suspect very few girls were with him against their will and all felt to benefit either by money or a boost in their career. The man is dead by his own hand (or with help). He has paid for his sins in this life by forfeiting his own life (thankfully for many, because the trial would have been so damaging to so many powerful people).

I predict because of his far reach, the press will be fed bits and pieces until no one cares anymore and then years later a book will expose everyone and again no one will care.
.
at August 29, 2019 2 comments: 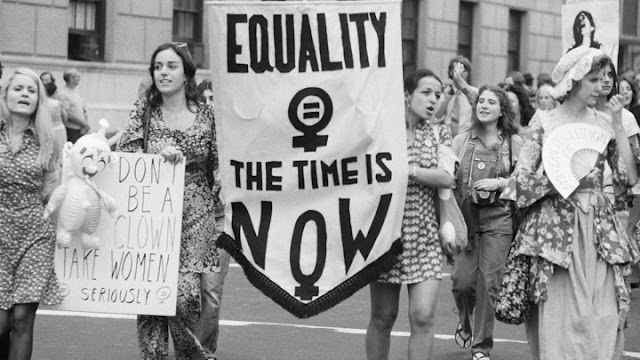 It is time to bury “Women and children first”.

"Women and children first" is a code of conduct dating from 1852, whereby the lives of women and children were to be saved first in a life-threatening situation, typically abandoning ship, when survival resources such as lifeboats were limited. However, it has no basis in modern culture or in an established society.

We need to stop this ancient anti-male practice immediately. Women and children are no more valuable to an established society, than men. In fact in many instances, they have little impact on their loss. If this sounds harsh, blame the women’s liberation movement for removing women and children from the endangered species list. Women especially are now given the exact same status as expendable men and this is the goal of the feminists. You’ve come a long way baby.

In some ways this is extremely liberating to men. No longer do you have to entertain the idea of opening a door for a female, or stepping to the side to let a woman or child enter first. Walk in like you own it men, because now, whoever can step in the lifeboat first gets the seat!

Better buy a pair of hammers

Folks, you may not realize how hard working some citizens are in attempting to tear down the Constitution and it goes on right here among us.

Here is my response to one local anti-gun activist in the online edition of the Baytown Sun, who basically wants everyone to turn in all their evil firearms:

"I talked to a Russian citizen who had a Visa to drive an 18-wheeler here. Knowing citizens in Russia are forbidden to own firearms, I asked him about murder there. His exact words were, "In Russia, when we want to kill someone, we use a hammer."

Another local bellowing activist asked this golden question: "Is baytownblert's point supposed to be if the US banned all guns like Russia has done, then American white supremacists would instead use hammers to murder Mexicans?"

Now, FYI, this active radical is a 55+ year old white guy who is a true radical Leftist and extremely active. He never rests and sees nothing good about anyone or anything. I call him and his kind curmudgeons. They never contribute anything positive and never stop trying to stink up any place they visit.
.
at August 20, 2019 No comments: 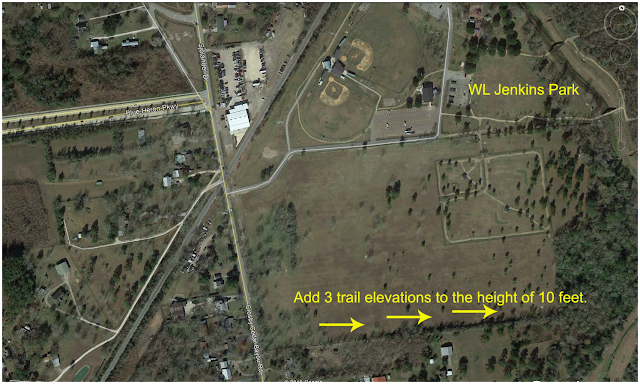 As you all know I am an advocate of unique park amenities and I especially believe by making our parks unique, we can draw people to Baytown. "No cookie cutter parks" has been my battle cry for some time.

Because of my endless droning over the years about how hostile Baytown area drivers are to pedestrians and people who still enjoy walking, hiking, and/or riding a bicycle, I was shocked to see the Baytown Poll recently. 31% of our citizens chose the option that our Parks are a waste of money? I sat in disbelieve when I read that.

The simple answer here is fully one third of our population don’t get out of their cars except to shop or get gasoline. If their doctor ever orders them to get exercise, they will suddenly become an advocate for places to walk, let me tell you. My area is near Blue heron and daily I watch as seniors “pound their feet” on the cement trail.

When the hard-working Dustin Schubert was the park planner, I begged him to install not only a certified 5K trail with obvious markers, but to add elevation changes, as we live on the flat, right? Runners, cyclists, and exercisers have nothing short of our bridge or overpasses to get in some hills. No park that I know of has a certified 5K trail for runners to practice on. Believe it or not, our brains are not working as well as we think when we are running, so putting a person a course that is easy to follow is very important to runners.

To my knowledge and disappointment, this has not happened.

The grandest fantasy of us walkers/runners/cyclists would be a flyover pedestrian trail from Blue Heron Parkway over the RR tracks to Jenkins. I envision a steady stream of exercisers coming to Baytown specifically to walk/run/cycle this new pedestrian bridge. I cannot exaggerate how big of an attraction this flyover would be.

Finally, I propose we add 3 elevation changes to the new trail addition in Jenkins Park. This will get people to the far South side trail like flies to a potato salad picnic and give Baytown something many other parks do not have. I'm including an image and each elevation could cover an easy 150 feet beginning to end. Fill dirt could be used and I do not believe this is a budget breaker. If it is as successful as I think, we can add numerous more elevations changes and soon runners are coming from all over to use the new challenge.

Input from the public can be shared by writing your city council person and believe it or not this is exactly the kind of input they need and desire before they make changes in the city policies.
.
at August 10, 2019 No comments: 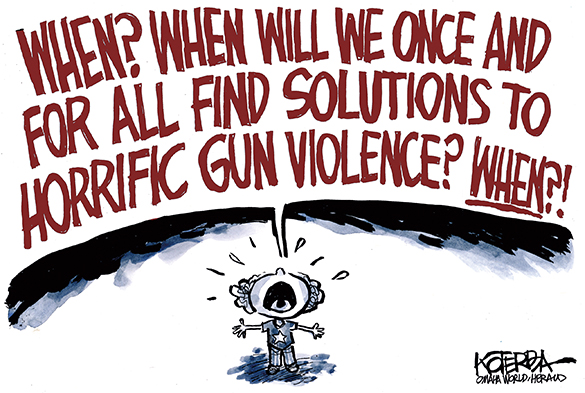 Would someone please shed light on this for me, because I'm having trouble getting the impact of the two shootings in Ohio and Texas on gun violence in general in the US.

Homicides and gun violence of this magnitude takes place every weekend in Democrat-controlled Baltimore, St. Louis, Detroit, and New Orleans, so how is this different? Chicago is not even listed!
Oh gosh. Now I get it. It's a white Supremacist guy shooting people of color! Never mind that "people of color" regularly slaughter each other with total abandon in our big cities...

- Firearm violence: Nationally, about 12 people are killed with guns for every 100,000 US residents.

- Vehicle accidents: Nearly 1.25 million people die in road crashes each year, on average 3,287 deaths a day. An additional 20-50 million are injured or disabled. More than half of all road traffic deaths occur among young adults ages 15-44.

- Choking: In the United States, the odds of one dying from choking on food is around 1 in 2,696. These odds are greater than the odds of dying from an accidental gun discharge or as a passenger on a plane. In 2017, there were around 1.6 deaths from choking per 100,000 population.

- Prescription drugs: More than 70,200 Americans died from drug overdoses in 2017, including illicit drugs and prescription opioids—a 2-fold increase in a decade.

- Marijuana overdose: “We know from really good survey data that Americans use cannabis products billions of times a year, collectively,” argued Keith Humphreys, a former senior policy adviser at the White House Office of National Drug Control Policy, “Not millions of times, but billions of times a year,” the policy adviser said. “So, that means that if the risk of death was one in a million, we would have a couple thousand cannabis overdose deaths a year.” Clearly this is not the case as there has only been ONE unexplained marijuana overdose in recorded history in the US. 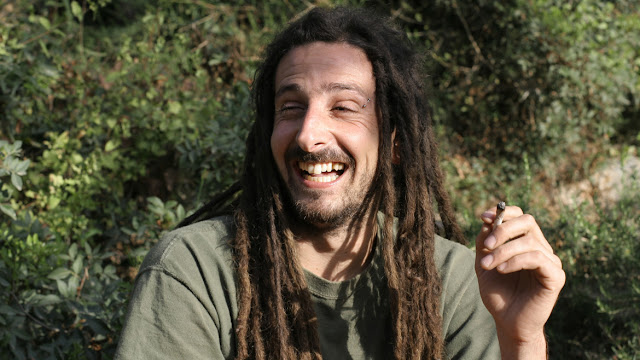 The Nihilist Squad and their goal 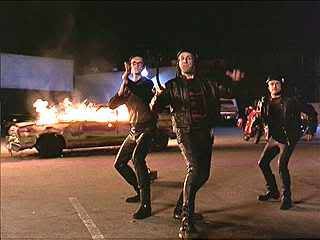 If you watched the movie, The Big Lebowski, you learned their antagonists are Nihilists, who, "don't believe in anything". "The term nihilism has been employed to denote a wide range of phenomena. It has been variously used to express contempt or horror on the one side, approval and admiration on the other. In the twentieth and twenty-first centuries, it has almost always been an emotional and axiological term, frequently employed to cut off debate on a moral issue by representing a particular position as absolute, totalizing, and extreme."
This is the goal and aim of AOC and the "Squad" of absolute, totalizing, and extreme politics. They know they cannot win, but they can make inroads new fanatics will plunder and violate in the future. Their ultimate goal is the collapse of our constitution. This group won't be able to do it, but the next and the next and the next will succeed.
.
at August 07, 2019 No comments: