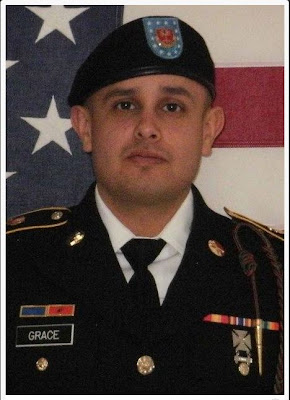 Spc. Keith E. Grace Jr., U. S. Army, 26, of Baytown was born February 18, 1987 in Houston. He was a 2006 Graduate of Robert E. Lee High School and enlisted in the U. S. Army on January 18, 2012. He was Combat Lifesaver Certified and had completed the Dari Language Class. He was killed in action Sunday, August 11, 2013 in Paktia Province, Afghanistan in support of Operation Enduring Freedom. He was assigned to the 4th Battalion, 320th Field Artillery Regiment, 4th Brigade Combat Team, 101st Airborne Division, Fort Campbell, KY. He was awarded the Army Service and Global War On Terrorism Service Ribbons and National Defense Service, Purple Heart, and Bronze Star Medals. 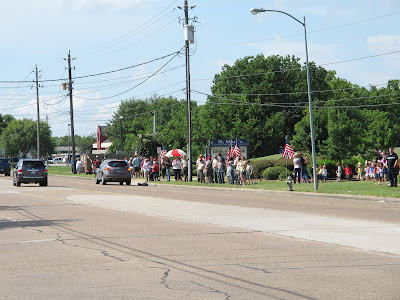 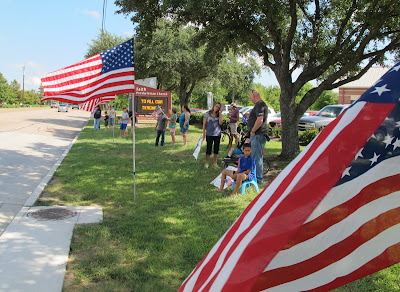 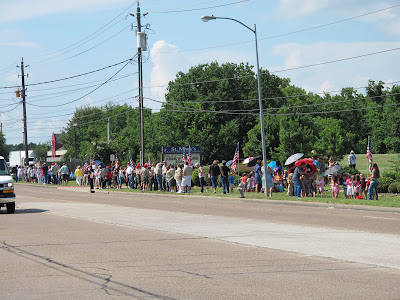 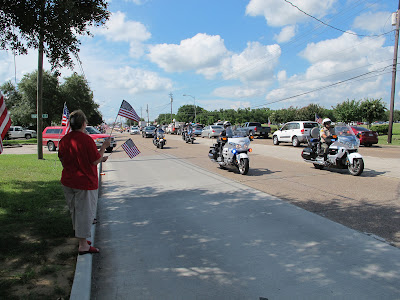 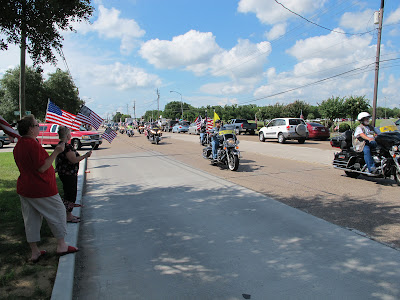 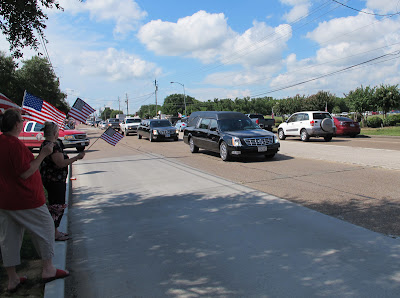 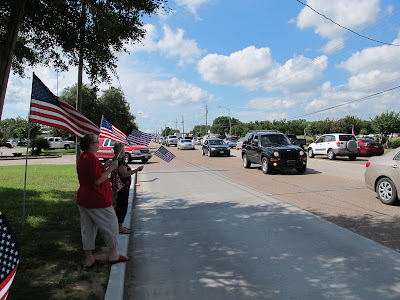 His family will receive friends at Navarre Funeral Home Thursday from 6:00 p.m. until 8:00 p.m. Funeral services will be Friday, August 23, 2013 at 10:00 a.m. at First Baptist Church, 505 Rollingbrook, Baytown, TX 77521. Burial with full military honors will follow at Houston National Cemetery.

I rode my bicycle down the new road today from Barkuloo Park to Sjolander Road and then back to North Main.  It appears they are going to route Crockett Elementary traffic east on the new road and make them enter in the back forty of the school property, but this is unconfirmed.  Crockett Park big-wig David Lee is petitioning the city to make this happen.


"Mr. Leiper, I am wanting to start a conversation with the City of Baytown and Harris County about improvements to Barkuloo Road. There are three major subdivisions that are in the proximity of Crockett Elementary School. They are Crockett Park, Bay Brook Place, and Chaparral Village. With all of the recent growth in this area, Barkuloo Road has become more and more congested and is in need of improvement.

The road itself is in need of repair due to the increase in traffic. The need for sidewalks on both sides of the street are also necessary to facilitate the amount of foot and bicycle traffic as well. The extension off of Baker Road to Sjolander Road (the Blue Heron Parkway) is also going to increase traffic in this area.

Crockett Elementary School traffic already causes a substantial back-up on Barkuloo Road both morning and evening during the week. With the addition of the Blue Heron Parkway, this is only going to get worse. We are asking the city and the county to assist us in getting this area of concern studied and a plan put into place for improvements to said area. Thank you for your time in this matter.  Sincerely,  David C Lee   Crockett Park HOA President" 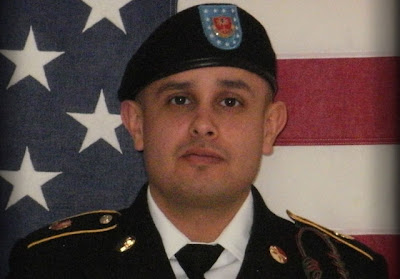 Many of you have asked about honoring Spc. Keith E. Grace, Jr., plans are coming together throughout the community and I wanted to share those with you. We just received notice from Gov. Perry's office confirming a request to officially request that all state and national flags in the City of Baytown be lowered to half-staff on Friday, Aug. 23 in honor of the life and military service of Spc. Grace. We encourage all residents and businesses who fly flags to join us in honoring Spc. Grace. I will also post information on a community send off that will occur after his funeral.

For those who would like to honor local son and hero, Army Specialist Keith E. Grace, Jr., here are the events at which the public is encouraged to attend. Funeral services will be held at First Baptist Church (505 Rollingbrook) on Friday (Aug 23) at 10 am. A community send off will follow the funeral. Those participating in the send-off are encouraged to be in place by 10:30 - on Rollingbrook from First Baptist east to N. Main. Flags will be distributed on-site and residents are encouraged to bring their own as well.
at August 21, 2013 No comments:

This was a project to transform a utilitarian detention basin into a regional park and protected wildlife area.


This basin was originally designed to keep homes from flooding. The goal was to provide many amenities and increase the detention capability. The existing detention ponds were deepened on a gradual slope as part of the project. Wetlands plantings will be added to both ponds and will serve as a natural filtering system as the water flows from north to south.

Particular attention has been paid to assure that all the plantings and grasses will be beneficial to the environment. The ponds will be equipped with a state of the art aeration system that will improve the storm water quality that is discharged into Clear Creek and maintain a beautiful clear lake affect in the ponds. Next year the ponds will be open for catch and release fishing. 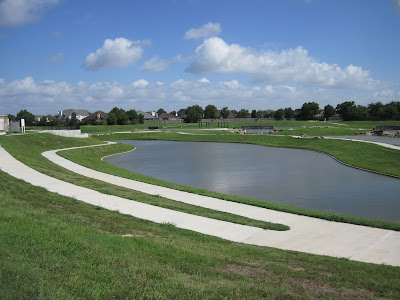 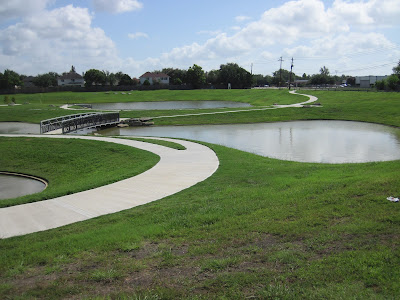 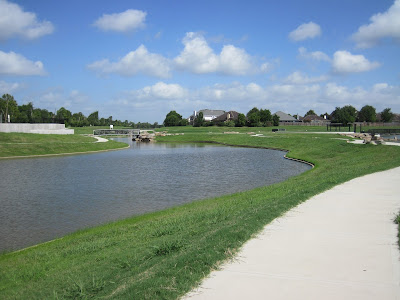