I've heard this term thrown around over the years like it is a common occurrence. Sure, the first light pole cache I found was evil, but guess what, it took me exactly ONE before I didn't fall for it again. But let me say the first time I stumbled upon an LPC or skirt-lifter, I thought it was danged amazing. I didn't know about phoning a friend, or reaching out to social networking or even what that was 10 years ago. I actually lifted the skirt and it was like a rainbow came across the sky.  I looked around feeling extremely gratified and waited for a marching band to come across the Baytown Blood Donor parking lot right here in my hometown. 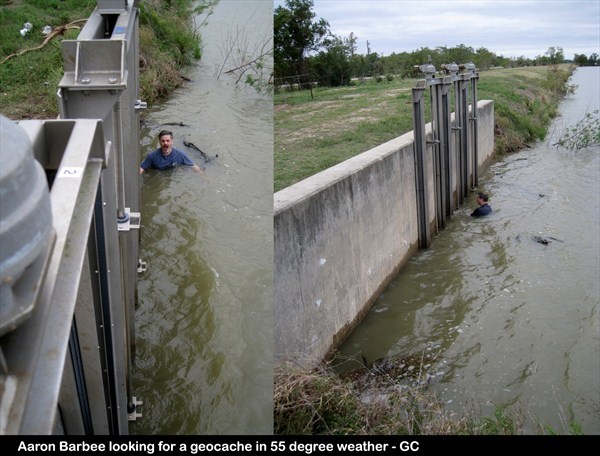 As of today, I've hidden or hosted 463 geocaches or events, so I think I can speak on this subject with some clarity. When I hear the word 'evil" in relation to a cache, I am cynical enough to automatically believe it is a "mean" cache or better explained as a "needle in a haystack" hide.  I have unwittingly been guilty of these very hides in the past and currently own a few, but not because I hid them that way.

It is nature's fault.  Here on the Gulf Coast of Texas it is quite possible to hide something in winter where it can be spotted by Blind Melon Chittlin' from 200 meters away and by spring time, Tarzan couldn't find it with one of those fancy magnifying glasses for the lush foliage.  This is not what I am talking about.

For instance, in some climates where they have white cold stuff fall out of the sky 6 months of the year, a cache could be buried under 6 feet of the crystalline H2O, so that's not an evil hide either. Okay, now hold up here.  I'm going to break it down and using the (KISS) keep it simple stupid rule, I am going to define an evil cache.

When you hide a geocache in plain view and people don't recognize it, dismissing it as "not it", then you have hid an evil cache.  Anything else is most likely a mean hide. Now realize, I am exempting tricky hides, which fall into a separate category and depending on the generosity of the finder, may get a favorite point. There are also "cool" hides, but that is not what this primer is about. 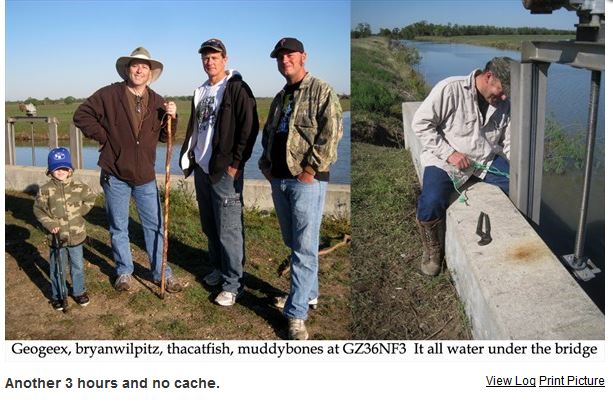 Placing a nano on a wall with 7000 look alike bolt heads is not evil; it's mean.  Double bump it if it's in a conspicuous place that makes the cacher uneasy. How many times have you looked through the shrubbery just outside the tinted window of an office or restaurant for a "micro" that turns out to be the smallest bison tube ever made?  Evil?  I say it's mean and I do not want to hide caches that put people in that position.

Here's another scenario.  You arrive at a stand of bamboo because no one can find it and that's is when you realize it is a micro and only a miracle will help you stumble upon one of the million places it could be. I'll be honest and tell anyone who asks, that I immediately call anyone I know who found it and chances are, they did the same thing. Evil?  Nope. 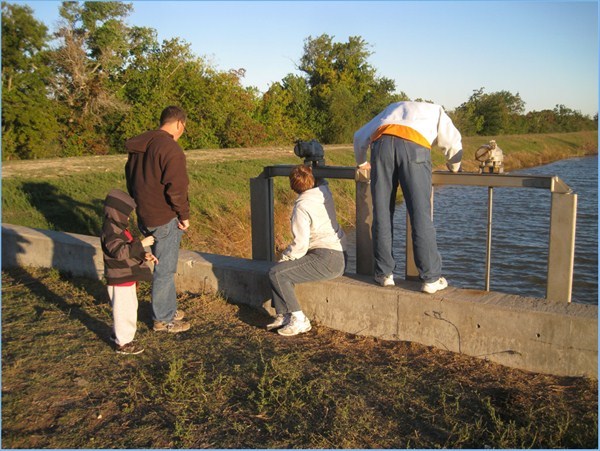 Now, let's look at a true evil hide.  IF you find it, you probably won't tell anyone because you want to save the integrity of the hide and to keep it truly evil.  You will feel like the cache owner (CO) deserves that for their awesome effort.  THAT is the difference. Evil hides are amazing hides that no one wants to give away without making the person looking for it - LOOK FOR IT.  There is a cache (GC36NF3) in Highlands, Texas that probably had a thousand hours put into finding it.  It has a 5 difficulty and a 1.5 terrain and two days after it published, it looked like a herd of buffalo had descended on the area, but still no find. The catch was hidden by my friend, thacatfish.

Go read the logs and then ask yourself how many real evil hides have you looked for? My name is there, whining and crying and it was right there in front of me and others the whole time. After 4 days, of which I spent in excess of 30 hours looking, Muddy Bones alone found it; a Force Recon US Marine, who just wouldn't take no for an answer. He arrived at sunrise, alone, and after 2 hours, discovered this heinous cache. It wasn't his first time here. 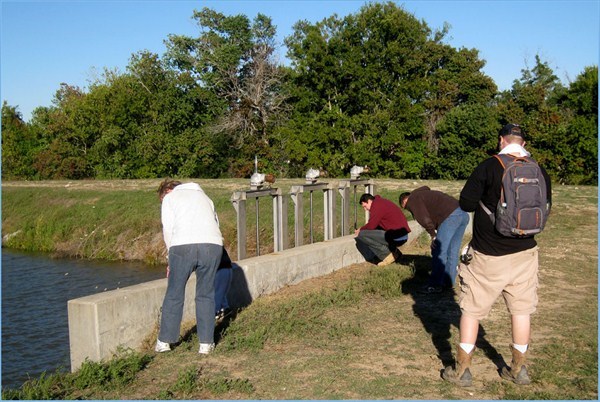 Now, let's take a look at his log:  "I will honor the CO request and not give out any hints." Eight more DNF's followed his log and then, 8 days after it published a group of 4 descended upon the area determined to look again. I am Air Force and Rambetta is a retired US Army Colonel and we simply could not let the Marines have this one unchallenged.

GeoGeex, our puzzle-solving guy suddenly started laughing and we had it. After all the time we had been here, this day took 2 more hours and honestly, there is not much to see at the location. Months later, there was a whole string of finds, which pretty much tells you social media was working, because everyone before them gave it favorite points... Evil hides?  Please give us more of them.  Mean hides, no thank you.
. 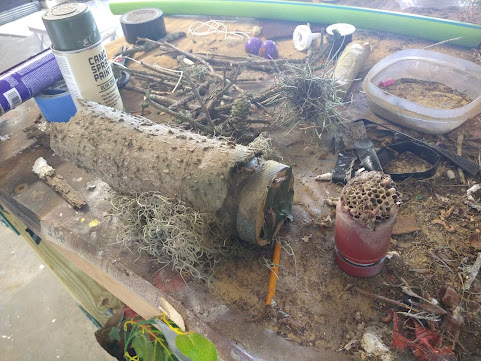